Our excitement was building up for weeks for the Annual Winter Fancy Food Show in San Francisco which took place between January 11-13th reached its height as soon as our SUV pulled up to the curb of the Moscone Center. Outside, the chill reminds me of why I miss the warm air in Vietnam. But inside, warmth awaits along with over 1,500 vendors who gathered to show off more than 80,000 food products including snacks, spices, meats and sauces. I am ready to fill my eyes with new products and amuse my taste buds.

As my friends and I attempt to organize how we will tackle these large halls, our eyes dart every which way. Some of us enjoy anti-pasti, some love sweets, and some would devour just about anything. I am ready to discover something new and something familiar.

Hundreds of people are around us enjoying tasting BBQ sauces, olive oil, and white balsamic vinegar. I wonder what it would feel like if we find booths from Vietnamese fish sauce manufacturers at this very American convention.

I am thrilled to discover Ketchup reinvented at different stalls. I was tasting Ketchup with balsamic from De Nigris, Ketchup with a Lemon Twist from Fine Vines, all natural ketchup from Jake’s, Curry Ketchup by Molonay, but my favorite was a brand from Italy. The booth vendor is a large man wearing a white chef’s coat, black hat, and a go-tee beard offering me a taste of his European ketchup from Mutti, an Italian company. He handed me a tiny white plastic spoonful of this sweet thick tomato sauce. Its texture was less smooth than the ketchup we’ve come to know and its color was more red and more vibrant than Heinz. It is sweeter and made my palette sing with memories of dipping my pommes-frites in a similar paste in Paris.

I tasted a few more spoonfuls before moving on to the next stalls.Again, I keep seeing Sriracha ketchup, Sriracha BBQ sauce, Sriracha made in Texas?

It was then I realized the impact the “Coolest” hot sauce brand has made in the US. This hot sauce which has crept into the American consumers’ consciousness is Sriracha! Founded by David Tran, a Chinese-Vietnamese man who started his company upon coming to America in the 70’s. He founded his company in 1980 and named it Huy Fong, after the vessel which carried him out to sea from Vietnam into Hong Kong Harbor. Upon coming to California, without any real job prospects, he created a hot sauce out of his home and decided to let a few of his friends and local Asian restaurants try it. He was advised by some to make it less hot so it would appeal to the masses better. Mr. Tran did not heed this advice because “A Hot Sauce has to be Hot!” he exclaimed in a live interview in Sriracha the Movie, a documentary film by Griffin Hammond.

Daily, he filled empty plastic bottles, one spoonful at a time, with his homemade hot sauce and delivered each order to local restaurants and stores. At times, the hot sauce would spill all over his arms leaving hot sensations on his skin. And here we are, 35 years later, Huy Fong just spent $40 million to build a new factory in Los Angeles. At its full capacity, the factory can produce a projected annual revenue of $300 million in hot sauce. The new facility opened on January 14, 2015. This easily recognizable plastic, squeezable bottle, green twist cap (resembling a red pepper), and rooster is Mr. Tran’s astrological sign, can be found in every market across America.

I am proud and inspired to know that a Vietnamese immigrant can achieve such incredible success. This is only one of many Vietnamese-American success stories you will hear about.

I imagine, the vendors under the Santa Clara Convention roof is seeking the same success and recognition. I am thrilled to exclaim to my friends that Mr. Tran is a Vietnamese American immigrant. .

Discover a magical story about three generations of Vietnamese women across three continents and how their love for food binds them together as they discover love and relationships. 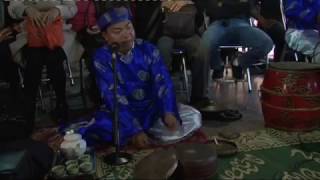 Trami Nguyen Cron will be at ImagineSJ Showcase reading from VietnamEazy